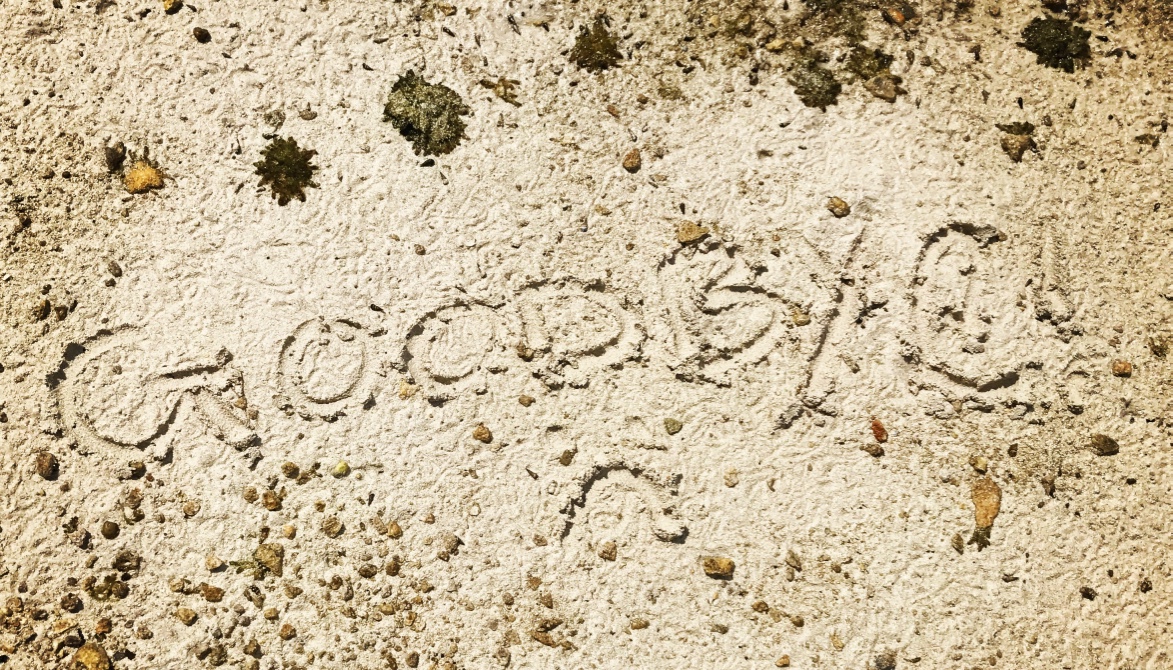 This evening we’re going to a little farewell gathering for some friends who are leaving the island to go back home. This will definitely not be the last time we say goodbye to new friends here, but it is the first. And as I feel the loss of the great energy they bring to our social circle here and the gap their absence will leave behind – it’s getting me thinking about the nature of goodbyes.

In my adult life I’ve said the word “goodbye” a lot as we’ve moved around from place to place. I live far away from where I grew up and far away from my family so in fact, I feel like I’m constantly saying goodbye, and it doesn’t seem to get any easier with practise.

It’s a sticky word. A loaded one. A word that closes chapters – but also opens new ones.

I’m thinking about our friends today as they’re about to say that difficult word, and embark on the next chapter of their lives. I know all too well how it feels. They’ve packed up their house and waved off their possessions as the movers took them away, they’ve dealt with the messy business of selling cars and other items they can’t take with them, organised professional cleaners to remove any trace of their presence from their home, and booked flights to take them on their way. Today there’s nothing left but that short and excruciating limbo of “now” – between closing the front door of their home and arriving at their next one. And all the (no doubt tearful) hugs, kisses and goodbyes in between.

Some say that it’s harder to be the ones left behind, but I disagree. For the ones who leave, goodbye isn’t straight-forward. It’s not just about the “goodbyes”. It’s about so many other things too…

It’s about having to keep it together in the midst of the goodbyes. Every time our little family has left somewhere I’ve had to struggle not to take on too much of the emotion about the place and the people I’ve been leaving behind. I had to get stuff done, keep parenting, be organised. I had make our flights on time and without forgetting our passports or the baby’s formula milk. These are all difficult things to do if you’re emotional. Without wanting to be cold, I had to keep tears very much at bay – you do what you need to do to keep it together… Even if it seems like falling apart is what’s expected of you.

When you’re leaving, “goodbye” is also about holding on to the courage of your convictions that your decision to leave was the right one in the first place – whatever your reasons were, you generally did it because you felt it was what was best for you and your family. After we left Switzerland there were days when – because of loneliness or some other reason – my resolve swam around in front of my eyes to the point of becoming ominously blurry, but a decision is a decision for the best. I never doubted that the new experiences waiting in our new home would make us better, happier people and stronger as a family. But amidst the emotion of goodbye that wasn’t always an easy notion to hold on to.

“Goodbye” when you’re the one leaving is loaded with so many things: with self doubt, with sadness, with regret for the things left undone (because there’s always something – however much time you thought you had), and with a sort of apology for leaving a place others are choosing to stay; but there’s also excitement, anticipation and the thrill of the unknown. As the old saying goes, a change really is as good as a holiday.

Because “goodbye” for the person leaving really does have to be about positivity and hope for the next step. About moving forwards and not allowing yourself too much looking back.

Tonight for the first time in a long while I’m going to be one of the ones left behind, waving friends off and wishing them well. I understand the rollercoaster of mixed emotions they’re feeling and I have no doubt I’ll experience that rollercoaster again myself some time in the future. But for now, I’m going to clink glasses, take in the view, and be thankful that another connection – however brief – has been made.