Something wicked this way came

In Search of Sunshine
2 Comments 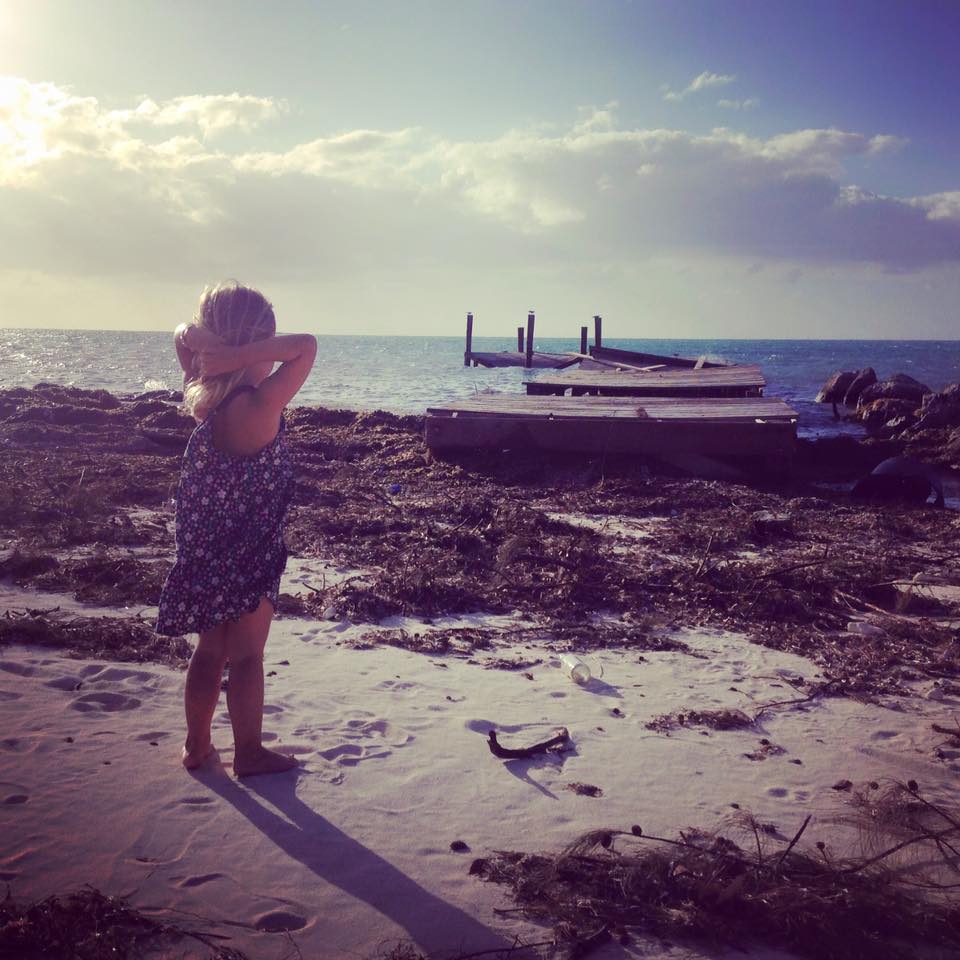 Definition: A storm with a violent wind, in particular a tropical cyclone in the Caribbean.

We had boarded our windows and bulk bought enough water and dry food to last us for days. We had filled our bathtubs, brought in outdoor furniture, and explained to our three year old that school would be closed and we’d all be camping in the same room for a couple of days. We had checked and double checked the hurricane-proof windows were locked top and bottom. There were lanterns and torches at arm’s reach in every room and – at my insistence – we’d had an unfeasibly large number of sandbags delivered.

And yet there was no preparing for what came. I wonder if I will ever be able to fully describe it.

It was a crouching tiger as we waited with baited breath in a world that seemed eerily calm. Then the whirling dervish of the hours preceding, mischievous, sly – making the palm trees dance and the long grass shudder. The tropical storm which started in the dead of the night and built to a fury as dawn approached. The sound – that monstrous, primeval, indescribable sound… rushing, pausing – toying with us – and then rushing again for its next mouthful of what ever was in its path.

And – for me worst of all – the uncertainty: are we in it now? Is this as bad as it’s going to get? Surely the wind can’t blow harder than this? How much worse is to come? Can our doors and windows withstand it?

Hurakán, god of the storm.

Like the contractions of childbirth, it came in waves – terrible, terrifying waves. I watched roof tiles and branches crash to the ground, praying that each impossible gust would be less furious than the last. I felt the sturdy bricks and mortar of our house quake around me as I held the sleeping baby and my daughter watched her iPad in the fort her dad had built her in our living room – blissfully unconcerned with what was happening outside. I imagined people in homes more exposed than mine, powerless against the viciousness of nature, trying to distract their children, while terrified themselves.

And when – at last! – the relief of the end came, unlike childbirth, there was no beautiful miracle to wonder at. Just dark clouds over a wasteland of broken palm trees that used to shade paradise.

I sit down to write this now in my house where electricity and running water have been restored. Apart from the loss of a garden fence – and an ardent desire never to experience another hurricane – we are entirely unscathed, and I feel fervently, guiltily grateful.

Around us the destruction is plain to see. Fallen trees and power cables line the road into town and our local church steeple hangs by what seems an impossible thread. Our favourite beach has all but washed away, the jetty our daughter spent many happy hours launching herself off from – completely destroyed. We have no TV and sketchy internet connection, so I have not watched any news coverage of the event, but am aware that over 1,000 people have been killed in the last few days by this deadly storm and many, many more have lost their homes or businesses. Loss upon loss, so much more than I can comprehend, and yet the cause of it all rushed right by me.

Canadian Thanksgiving came on the heels of the storm and I know that all the Canadian friends we’ve made in this part of the world would have given thanks that they’d weathered Matthew unscathed. As do I. I am thankful for the house of stone that kept us safe, and for my husband’s uncanny ability to remain completely calm in any crisis – and even make it seem like a fun adventure for his daughters. I’m thankful for new neighbours – now friends – who gathered in the street in the aftermath, picking up each other’s roof shingles and each other’s spirits. For the offers from those with generators of hot coffee, hot showers, and to charge our phones so we could keep in touch with home. I’m thankful for the messages of concern I received in the days before and the hours after, and that I was able to report “no harm done” as the storm moved on to its next destination. I’m thankful that the aftermath has been nothing more than a minor inconvenience for our family – for so many others it’s been beyond contemplation.

I’m thankful for the sunshine slanting through the window on to my desk just now. A reminder that – for me at least – the storm has passed.