In Search of Sunshine
2 Comments 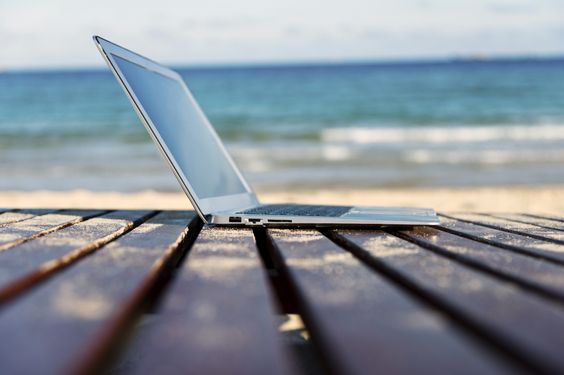 As I sit down to write this, CNN plays in the background – Hilary Clinton has just given her concession speech, and it’s a strange day. As topsy-turvy as the world felt when I woke up this morning, my overarching thought today is, “It’s good to be back.”

Because for the last 5 weeks, our house has been a technological desert: no internet, no TV. It was an unfortunate series of events – a house move, a hurricane, a population needing to have power reinstalled (meaning our needs were rightfully low priority for the cable company) – which left us living in 1995 for over a month. We had power and hot water, a roof over our heads and all our comforts, so it felt wrong to complain – and I didn’t. But now that we’re back online I fully feel what has been missing, and it’s like coming down from a high altitude. The truth is that without internet or cable TV, I felt adrift, disconnected from the outside world – and when you live on a physical island, you find it’s preferable not to live on a metaphorical one as well.

I’ve read about people choosing to live for a year without TV and internet. These experiments seem largely to be in the name of simplifying their lives, stripping down to what matters most and living in the moment. There’s no doubt you do miss a lot when you’re glued to your tablet or your kid is watching cartoons instead of playing dress-up or getting messy and creative (or I should say messily creative). This is well and good, but I’m just going to come out and say it: I love modern technology and after my own involuntary experiment of going without, I wouldn’t choose to again in a hurry.

I missed it as a stay-at-home mum. Sure, I’m glad I was forced out of the potentially bad habit of sticking my kid in front of YouTube for blocks of time when she could have been doing something else (oh Ellie Sparkles, I can’t say I missed you – although my three-year-old did!). But there are times – usually right around 6pm, when you’re juggling 3 different dinners, small people are screaming at you and the day has concertina’d into itself in such a way that you feel you might just lose your way completely – when you just need a little help. I don’t know how our mothers managed without it (although they did, so of course I know it’s possible), but I don’t see any shame in admitting that at the end of a long day, a bit of Disney Junior goes a long way.

I missed it as a daughter and sister. Being far away from my family, I rely on Skype and FaceTime to shrink the otherwise painful distance between us. What a miracle it is to be able to call my mum to mull over a problem together, or to ask her for the thousandth time how much water to put with the rice. To see my dad’s face and know he really is doing well after a recent surgery he’s had. To chat to my sister as though she’s in the same room, and have her exclaim over how cute her nieces look today. I’m unspeakably grateful to my wifi connection for the contact it gives me with the people I love.

I missed it as a citizen of the world. It’s pretty difficult these days to get your fix of world news without internet or TV; so much of the news we take in now is digital – well, all of it, really. Okay – so the last 24 hours of television covering the US election have been an extreme case, and I’m so glad we were able to stay up late and watch it all as it unfolded. The fact that each hour was a little more horrifying than the one before (culminating in a result that today feels farcical and tomorrow will be status quo) made me more glad to be a part of it rather than less. The intelligent reporting and the opinions from both sides of the aisle; the emotions expressed following what was for many a shock result; the reactions from the financial markets and the level tone of the current US President… all these things I would have missed out on had I not had internet or TV. I now feel I’ve witnessed a historical event with all the richness of the layers of understanding around it. Whether or not I like the result is neither here nor there – it happened, I got to witness it and the world is still turning.

I missed it as a writer and blogger. I’ve written before about how much I love this blog as an escape from the obligations of the everyday – something just for me. I strongly believe that when you do something that fills you up, you’re better at everything in your life, and for me, writing is that thing. That doesn’t mean it always comes easy and today it feels like going for a run again after a few weeks off exercise. My heart is beating a little fast and my fingers feel heavy over the keyboard – but it’s good to be back! How I’ve missed not just writing my own words, but reading and connecting with those of other bloggers. So much has happened while I was away, and I’m going to enjoy catching up.

I think, for all of these reasons, it’s fair to say that living without TV and internet, while not in any way damaging and of course totally do-able, in fact did the opposite of simplifying my life and connecting me to what matters. Now it’s back, I feel like I’ve gained, not lost. As long as I use it as a complement to my life rather than a replacement for the simple pleasures like toes in the sand and butterfly kisses with the baby…

So, modern technology, thank you. I hope we won’t be parted from each other again any time soon.